What is Carpal Tunnel Release Surgery? 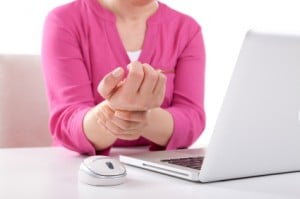 Carpal tunnel syndrome can be caused by trauma, such as a sprain or fracture, or repetitive use of a vibrating tool. It's also associated with pregnancy, diabetes, thyroid disease, and rheumatoid arthritis.

The median nerve and tendons that allow your fingers to move pass through a narrow passageway in the wrist called the carpal tunnel. When you injure this part of the body, swelling can cause the tunnel to press down on the nerve, resulting in numbness and tingling of the hand, pain, and loss of function.

During a carpal tunnel release (carpal tunnel surgery) , a surgeon cuts through the ligament that is pressing down on the carpal tunnel. This provides more room for the median nerve and tendons passing through the tunnel, and usually improves pain and function.

Reasons for the procedure:    A diagnosis of carpal tunnel syndrome is about the only reason to have a carpal tunnel release surgery. And even then, your MOA doctor will likely want you to try nonsurgical interventions first. These may include over-the-counter pain medications, occupational therapy, changes to your workplace, wrist splints, or shots of corticosteroids to the wrist to directly relieve pain.

Risks of the procedure As with most invasive surgeries, carpal tunnel release is not without its risks. You will usually be put under local anesthesia for the procedure, which poses risks for some people. Other potential risks of a carpal tunnel release surgery include: Excessive bleeding at the surgery site Infection at the site Injury to the median nerve or nerves that branch out from it Injuries to surrounding blood vessels A sensitive scar Carpal tunnel release is not a procedure that you can immediately recover from. The recovery process can take several weeks to several months and involves physical therapy to strengthen and heal the wrist and hand. There may be other risks, depending on your specific medical condition. Be sure to discuss any concerns with your MOA doctor before the procedure.

Before the procedure Tell your doctor about all medications you are currently taking. You will probably need to stop taking any medications that make it harder for the blood to clot, such as ibuprofen, aspirin, or naproxen. Let your doctor know about any colds, flu, fever, or other illnesses you have had before the surgery. If you’re a smoker, try to quit prior to the surgery. Smoking can delay healing. You will usually be asked not to eat or drink anything for 6 to 12 hours before the surgery. Based on your medical condition, your doctor may request other specific preparations.

One is on the wrist, and 1 is on the palm. Then he inserts a camera attached to a tube into 1 incision. The camera guides your doctor as he inserts the instruments and cuts the carpal ligament through the other incision. The surgeon will stitch up the incision or incisions. Your hand and wrist will be placed in a splint or bandaged heavily.

Once the surgery is complete, you will be monitored for a short time, and then allowed to go home. Only in rare instances or complications is an overnight stay required for a carpal tunnel release surgery.

After the procedure Your wrist will likely be in a heavy bandage or a splint for about a week. Doctors usually schedule another appointment to remove the bandage or splint. After that, most people begin a physical therapy program.

The physical therapist will provide you with motion exercises to improve the movement of the wrist and hand. These exercises will speed healing and strengthen the damaged body parts. The recovery period can take anywhere from a few days to a few months.

In the meantime, you may need to adjust job duties or even take time off from your job while you heal. Notify your doctor about any of the following: Fever Redness, swelling, bleeding, or other drainage from the injection site Increased pain around the injection site.

if you have questions or concerns, please visit this link or call us!