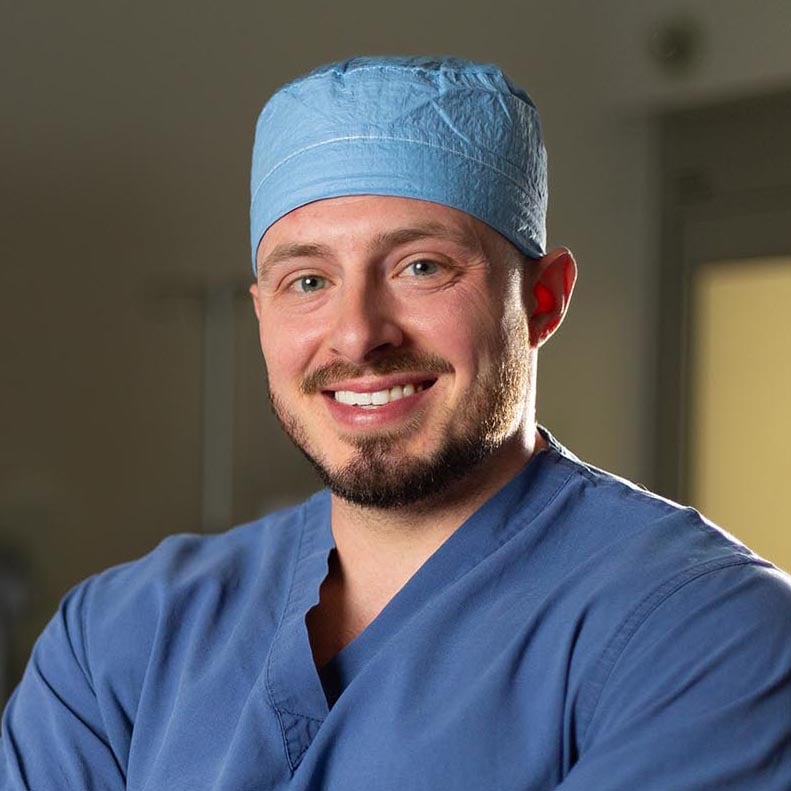 Chad Ford, PA-C, was born and raised in Weirton, West Virginia. He earned his undergraduate degree in 2014 from Wheeling Jesuit University with a Bachelor of Science in Biology and minor in Chemistry. During his time at Wheeling Jesuit, he was a member of both the soccer and baseball teams. He then continued his education at West Liberty University where he received his Master of Physician Assistant Studies in 2016. Following his graduation, Chad began working in Elkins, West Virginia where he could pursue his passion in orthopedics by working for Tygart Valley Orthopedics and Sports Medicine for the next 3 years before heading to Vail, Colorado. Currently, Chad is continuing his career at Mountainstate Orthopedic Associates were he primarily focuses on the knees, shoulders, and sports related injuries.

He enjoys using his free time seeking out adventures snowboarding, biking, hiking, and almost everything outdoors.