William Eye:  His Journey Back to Doing What He Loves

You use your hands for everything--simple activities such as buttoning clothes and typing to more intricate activities like cooking, sewing, driving, etc.  William Eye spent 32 years as a bus driver for Preston county school system.  Imagine the toll that would take on your hands if you had carpal tunnel and let it go untreated.

About eight years ago William first noticed he had trouble moving his hands around. He would often have to drive with one hand, which you’re not supposed to do as a bus driver.  He would have to put it down and leave it down for awhile as he shook it out because of the numbness before replacing it on the wheel.

What would this mean to the kids?  William always had to think about the kids on his bus and their safety.  Knowing that something bad might happen to them because of him was enough to make him retire. 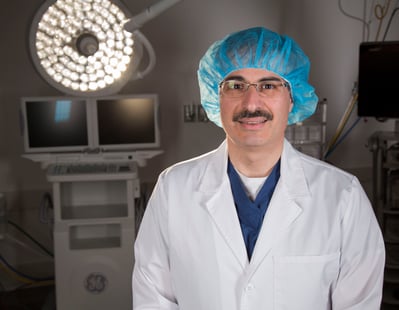 William’s surgery was relatively short.  He wasn’t put to sleep—his hand was just numb throughout the whole surgery.

“I would advise anyone to get the surgery.  If there’s a chance for you to get your feeling back, do the surgery," said Eye.

William is now able to drive he and his wife everywhere.  Cars, golf carts, lawn mowers, you name it, he’s driving it.  He is able to keep both hands on the wheel, which lets him drive safely.

If you can relate to William’s story, it may be time to schedule an appointment for a consultation with an orthopedic surgeon.

The orthopedic surgeons at MOA have been providing cutting-edge orthopedic care to Morgantown and North Central West Virginia since 1977.

Regain your quality of life by scheduling an appointment with one of the MOA orthopedic surgeons today at 304-599-0720.

To watch William's story, click on the image below.

Our surgeons at MOA have been providing cutting-edge orthopedic care to Morgantown and the surrounding areas since 1977.